Hearts & Flowers Primitives: a House, a Store, a Family Tradition in Cleveland, GA 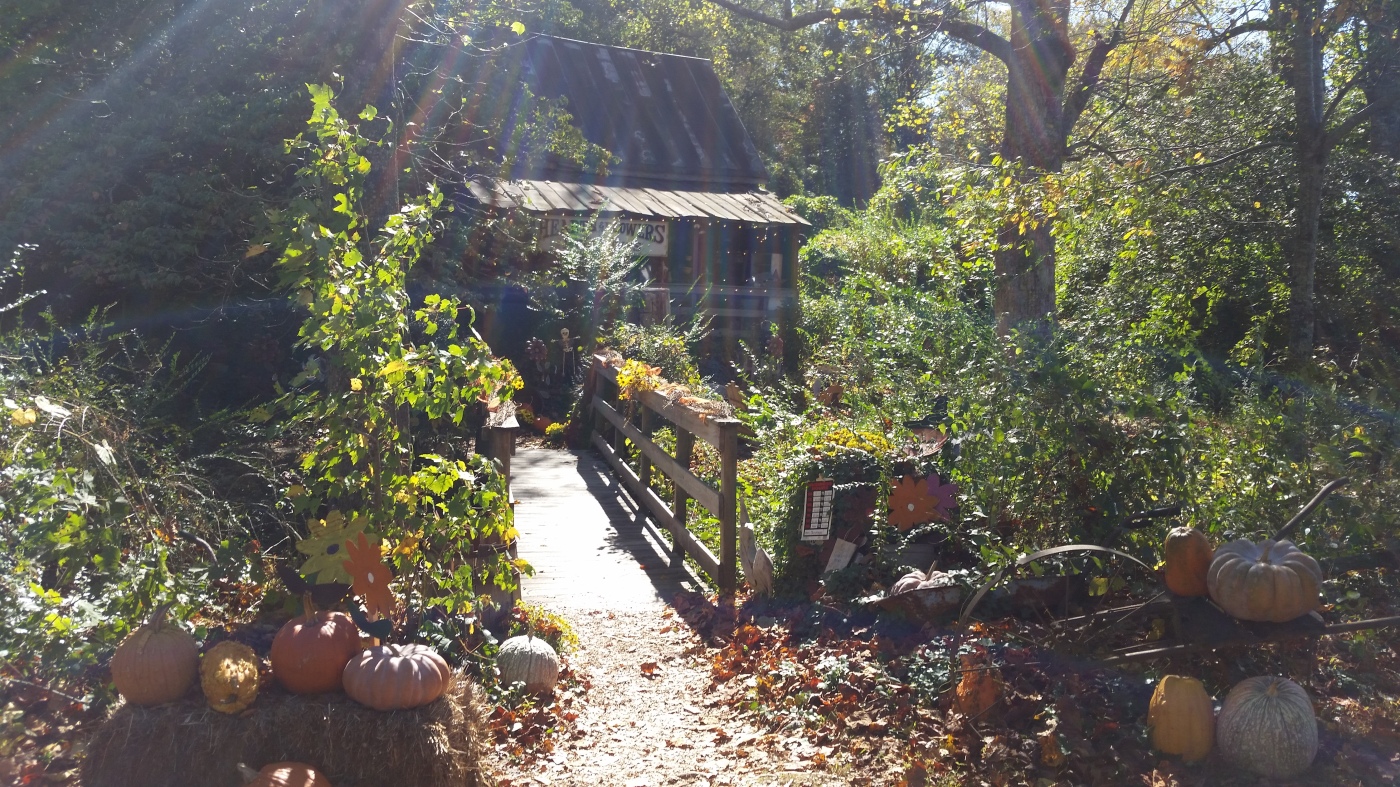 Driving home from the Spirit of Appalachia festival last month,  I saw a sign that read “Hearts & Flowers Primitives” on the side of the road.  Further back, covered in vegetation, I caught a glimpse of what seemed to be an old wooden house with a porch bedecked in the twinkle of Christmas lights.  Curiouser and curiouser, I thought.   Going too fast to make a stop, but too intrigued to just go home, I pulled onto a country driveway, backed up, and drove back to that unexpected bit of whimsy in the woods.

Turning right onto the gravel lot, I parked and tentatively walked toward the house with its large overhanging tin roof-rusted! (Couldn’t help but sneak in a B-52s lyric). Not even sure if the store was open, but compelled by curiosity, I crossed the wooden bridge towards it.  The sounds of birds chirping among the greenery lended a sense of peace.  Pumpkins, flower motifs, and a whole host of outdoor decorative items lined the walkway and the covered porch. 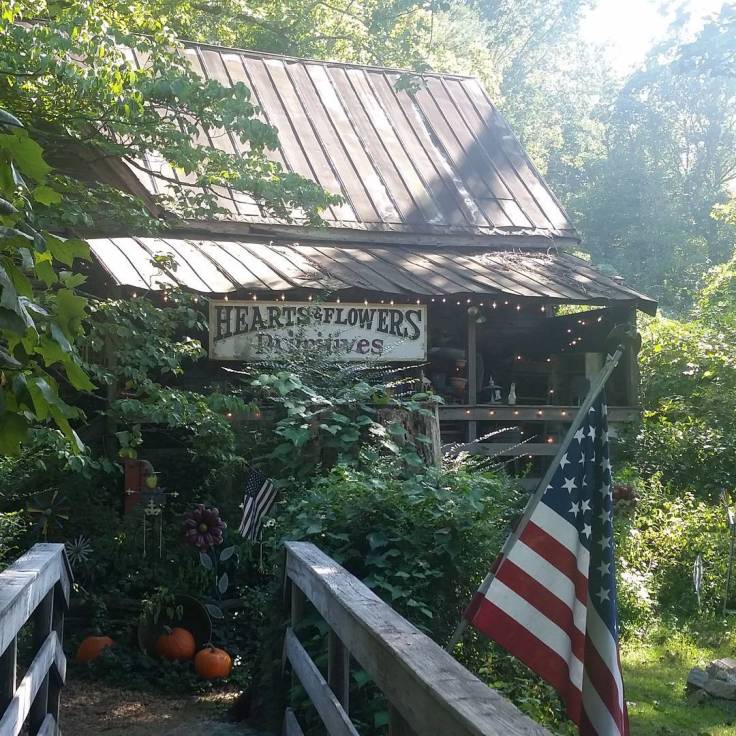 Once I reached the open door, I stepped in and was met with a great surprise–Every nook and cranny was filled with a library of candles—all shapes, sizes, and scents for all seasons, as well as seasonal decorative items galore.  After I browsed around, taking in all the sights and scents, I found time to chat with the owners– currently a mother and son team named–get this–the Valentines!

Something to see in every nook and cranny 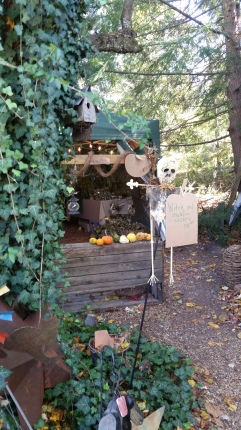 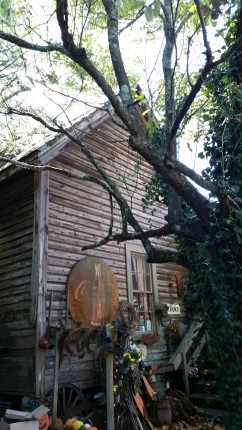 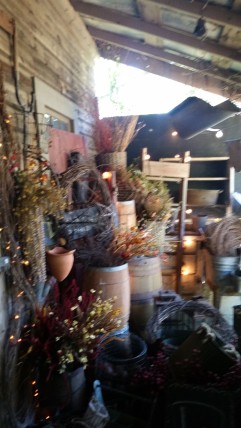 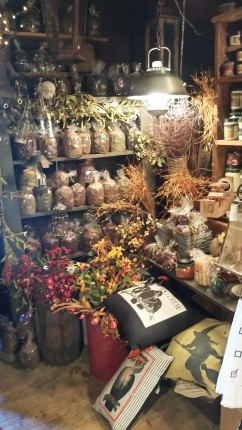 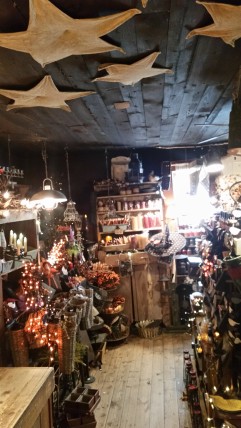 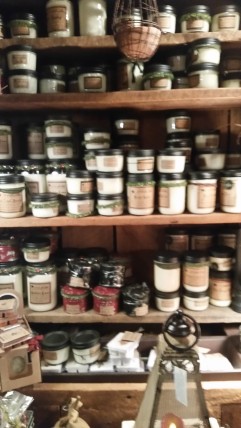 I found a treasure trove of candles and seasonal decorations inside 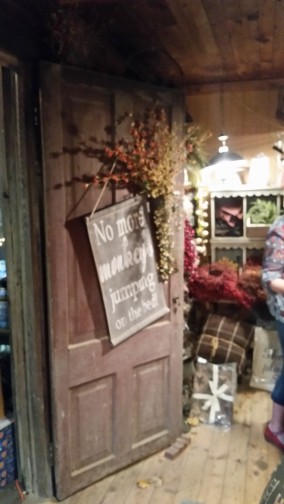 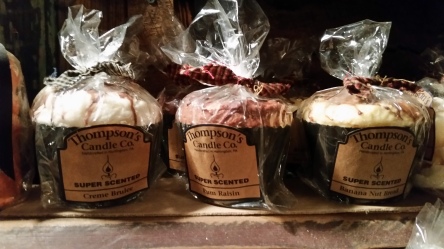 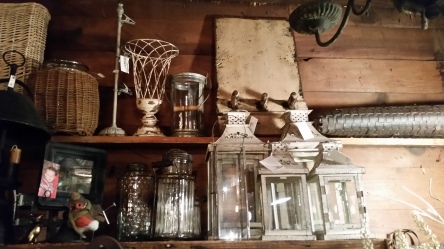 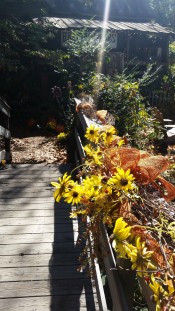 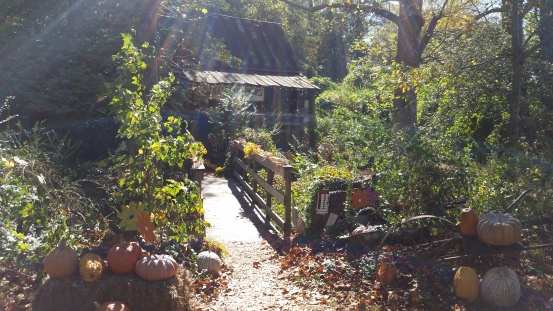 I returned to the store to write this post on October 21st, (see the above Fall decorations) where I spent more time talking with the Valentines, mom Karla and son Bobby, about the interesting history of the house and how Karla turned it into her store.  The house is actually over 120 years old, which is amazing as it’s in such good condition.  It had been handed down among various local families, and due to their poverty, it never received a mid-century make-over or 70s-esque shag carpeting.  A bit of history: below is a picture from 1960 of members of the local Baptist congregation who used the stream in front of the house for baptisms: 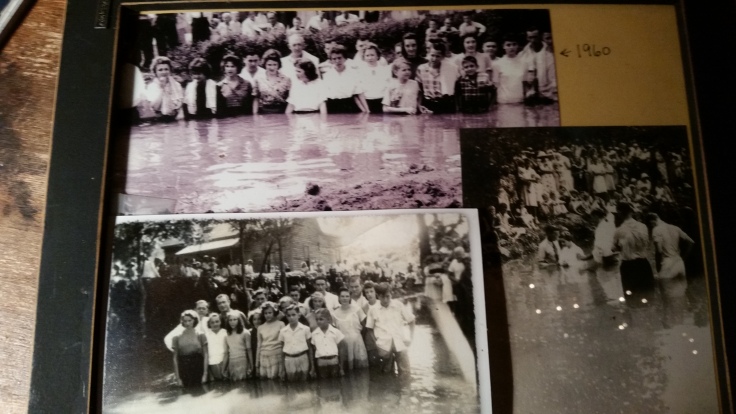 The last family to own the house lived there until the mid-1970s,  after which it housed an antiques store and a bait and tackle shop, respectively–until Karla Valentine and her late husband Bob–Floridians who opened their original store further in town–“came through the weeds” and gave it the Hearts & Flowers treatment.  They had found it abandoned and at risk of being consumed by kudzu, and turned it into the most charming–dare I say magical–store, that has drawn loyal customers for twenty-eight years.  Karla now owns the shop with her son Bobby, and her grandson, who often helps out, is likely to make up the third generation of Valentine owners.

After chatting with both the Valentines and with loyal customers, including a grandmother and her adult grandson who had been coming to Hearts & Flowers from a young age, I sensed that the store provided more than scented candles and glittery goods, but a community that feels like family.  The entire atmosphere is one of festive familiarity. The annual Fourth of July party and Christmas Open House the day after Thanksgiving, where cookies and cider are served, attest to the hospitality embraced by Hearts & Flowers and its owners. 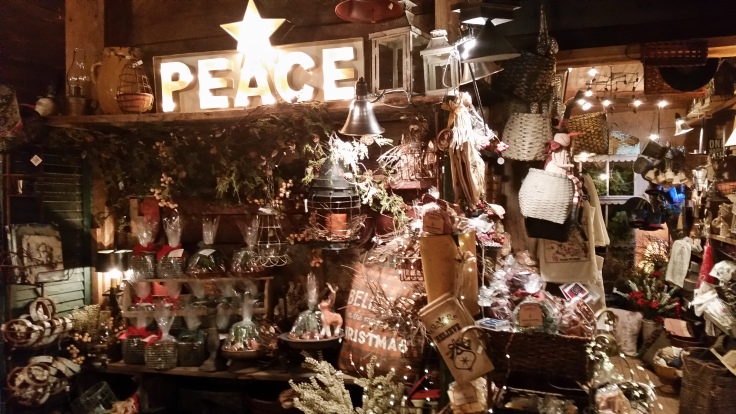 The store reaches its peak around Thanksgiving and Christmas, and closes for the winter in January and February.  Stop by between now and the next few months and you will be in for a treat!

Thank you for reading,