“Crazy” on Kent Street: A Trip to the Patsy Cline Historic House in Winchester, Virginia 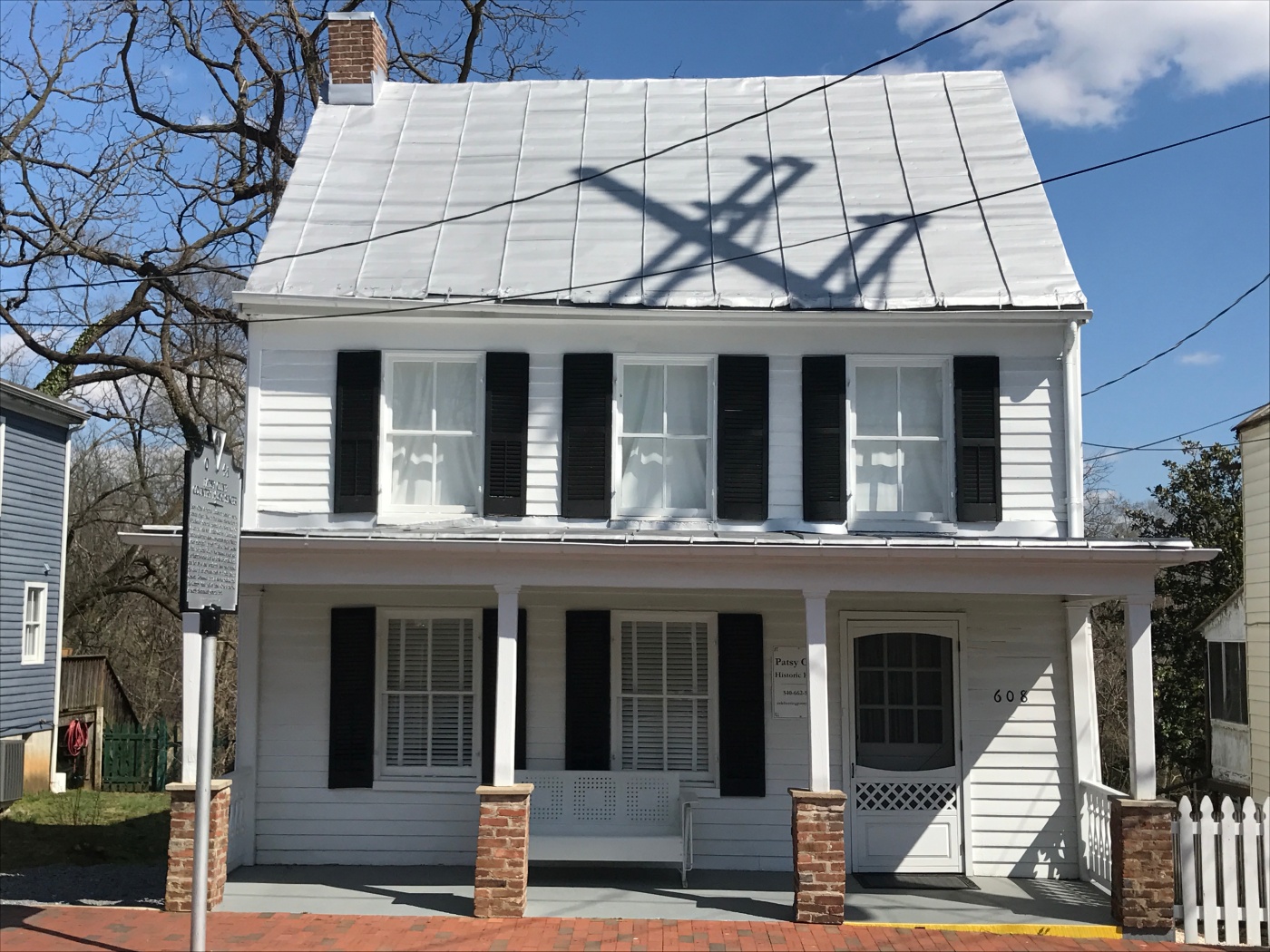 She was the first female solo performer inducted into the Country Music Hall of Fame.  As one of the first pop-country crossover superstars, she achieved more in her thirty years than most realize in a lifetime, her legendary life tragically cut short in a plane crash en route from Kansas City to Nashville on March 5th, 1963.  Honeysuckle Roads visited the Patsy Cline Historic House in Winchester, Virginia to learn about Patsy Cline during her mid to late teen years and the beginning of her rise to fame.

Born Virginia Patterson Hensley on September 8th, 1932 in Winchester, and known as “Ginny” growing up, Patsy and her family moved nineteen times before her parents’ divorce.  In 1948 Patsy’s mother Hilda settled the family (Patsy and her younger brother and sister) into the small white two-story house at 608 Kent Street in a working-class area of Winchester.  Once a nineteenth-century log cabin, Hilda eventually added indoor plumbing and electricity to the house.  It retains its original beautiful Virginia pine floors, and a section of the log cabin beams are visible behind glass:

Patsy lived in the house through 1953, when she married her first husband Gerald Cline (and changed her stage name from Virginia Hensley to Patsy Cline).  She moved back in 1957 after her divorce from Cline.  The National Register plaque in front of the house gives a brief synopsis of Patsy’s life, legacy, and hits including “I Fall to Pieces” and “Crazy,” featured in the video above, written by Willie Nelson and recorded in 1961. 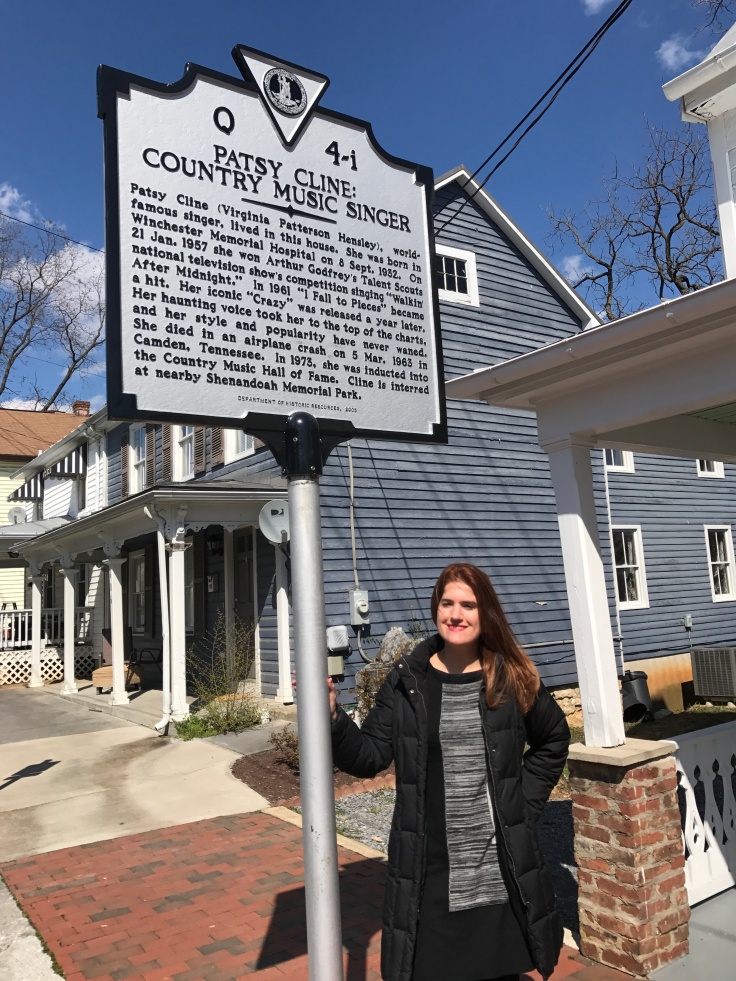 Inside the house, museum manager Teresa Wright and docents Margie Wunder and Janice Downey greeted me.  The interior was decorated very much as it would have been in the 1950s, with a replica of Patsy’s white upright piano (she played by ear) in the corner, a floral print sofa, and–a clever touch–an ashtray in which three (reproduction) cigarettes lie, in homage of Patsy’s ballad “Three Cigarettes in an Ashtray.”

Docent Margie played a recording of a twenty-four-year old Patsy singing “Walkin’ After Midnight” on the talent competition Arthur Godfrey’s Talent Scouts in New York City that she won.  The version of the song was more big band than the country arrangement I was familiar with.  Along with honky tonk, big band was another one of Patsy’s early musical influences.  The performance put Patsy on the map as a rising star.  Margie then pointed out the television (not original, but of the period) where Patsy’s family and friends would have watched the competition.  I can only imagine the excitement in the house after Patsy’s win! 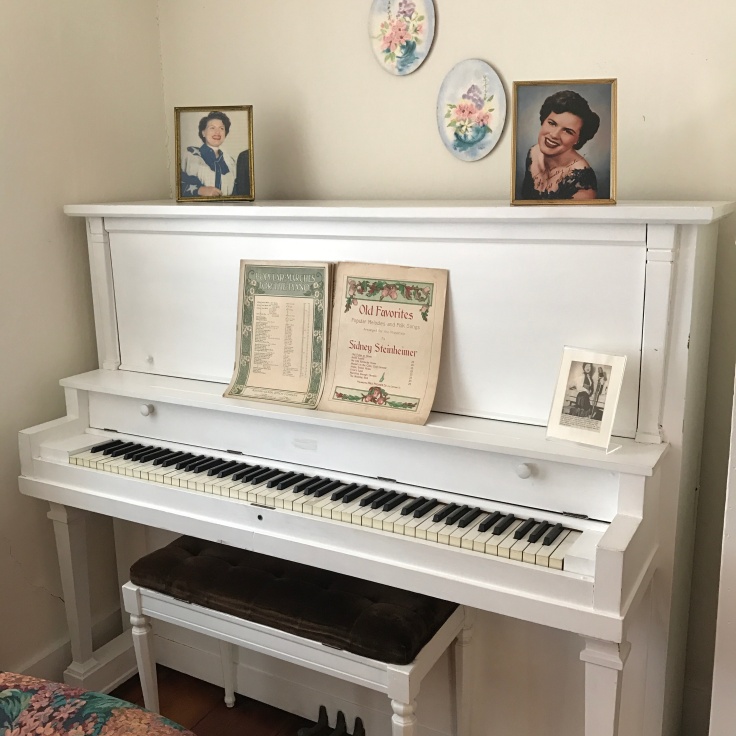 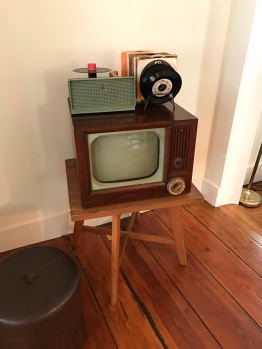 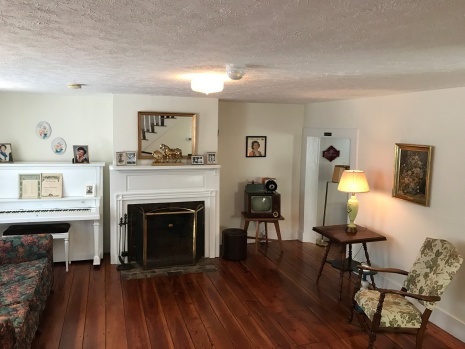 Not only gifted vocally, Patsy’s talents in drawing and imaginative, flamboyant taste for fashion shine in her designs for the costumes she wore onstage, which her mother, a professional seamstress, produced on the family’s Singer sewing machine.  Meticulously detailed, Patsy played a major role in crafting her early cowgirl image and in how her costumes fit. 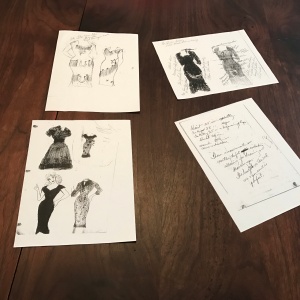 Patsy would have worn her cowgirl-style outfits to early honky tonk performances in Winchester, West Virginia, and Washington, D.C.  They fit the image of her upbeat songs like “Honky Tonk Merry-Go-Round” of 1957: 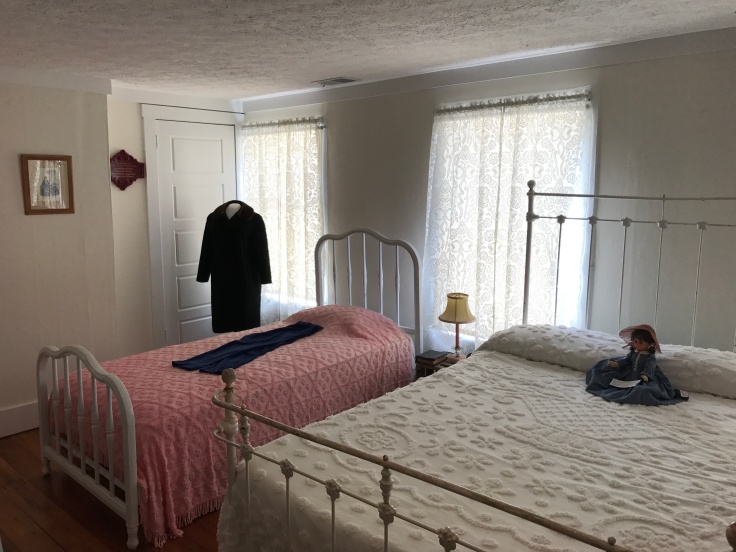 Upstairs, docent Janice Downey showed me the family’s one-room bedroom.  The room had three beds and a dresser, and Patsy, her mother and sister, as well as her brother all slept there, with her brother’s bed behind a curtain for privacy.  Each member of the family had their own drawer in the dresser, a white-painted Colonial Revival piece topped by accouterments like a brush, comb, and toiletries.  The bottle of Patsy’s signature perfume, Wind Song, added a personal touch.  Janice also revealed the layers of wallpaper from diverse years within a section of the upstairs wall. 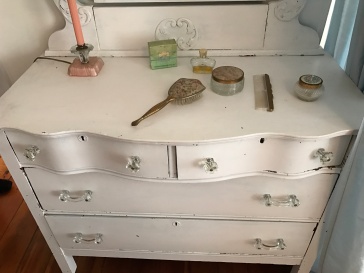 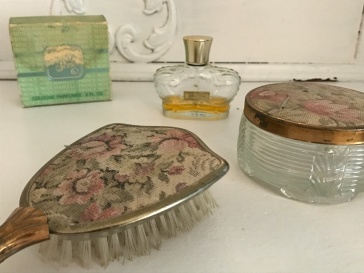 In addition to seeing the house and its artifacts, I enjoyed learning about Patsy’s early adult life.  While she lived in the house she quit high school and worked several jobs to help her mother make ends meet, all while performing at local venues in town.  One of the most accommodating places of employment for Patsy was Gaunt’s Drug Store, where she worked the soda fountain.  Gaunt’s owners supported Patsy’s music career and ensured she had plenty of time off to practice and perform.  Patsy’s history attests to her drive to achieve her dream.

The docents and manager gave detailed  accounts and had a palpable fondness for the most famous former resident of the house.  Now that the Patsy Cline Museum opened in Nashville, a tour of the Patsy Cline Historic House is highly recommended for a look into the roots of the incomparable Patsy Cline.  The house is open from April 4th through October 31st.

3 thoughts on ““Crazy” on Kent Street: A Trip to the Patsy Cline Historic House in Winchester, Virginia”